These notes cover references to the Radford family of Meigs County, Ohio. An archive of previous updates is here: Introduction

1819 arrival in Philadelphia, PA on the Schooner Hannah from Halifax, Nova Scotia of William Radford and his family

William Radford a native of Ireland personally appeared in open court & being duly sworn doth on oath declare that he was born in the Parish of Castle McAdam in the County of Wicklow Ireland & within the dominions of the King of Great Britain & Ireland that he sailed from Dublin on the 14th of May A.D. 1819 landed in Halifax N.S. June 3rd of the same year from thence sailed to Philadelphia where he arrived on the 3rd July following from thence came to this State & County in August next ensuing where he has since resided, that he is thirty four years of age ... 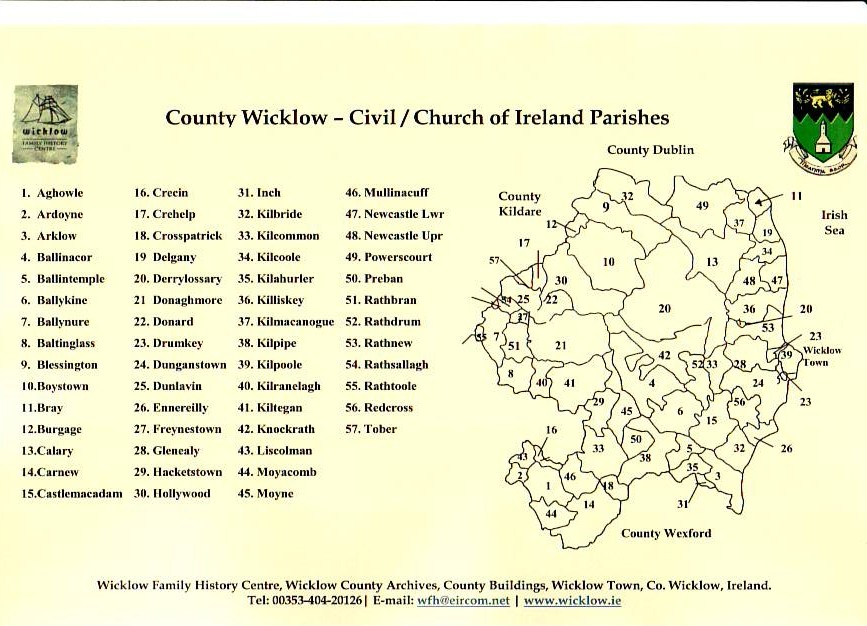 1830 arrival in Baltimore, MD of Frederick Radford and his family

On arrival in Baltimore, the Frederick Radford family included Frederick (age 30), wife Ann Carleton (age 28), and sons Isaac (age 6) and James (age 3). Daughter Sarah (born May 1830 "on the Atlantic") is not listed. The family name is listed as Bradford instead of Radford.

1883 biography of David Radford from Hardesty's Historical and Geographical Encyclopedia

David Radford: deceased - was a native of Ireland, born in County Wicklow, in April, 1815, who came to Meigs county, Ohio, in 1819, with his parents, William and Ellen (Ashworth) Radford. They have both ended their days in this county. In Meigs county, Ohio, November 6, 1839, David Radford was united in marriage with Theresa, daughter of Josiah and Ursula (Hicox) Rice, who settled in this county in 1803. She was born in Meigs county, May 12, 1821, and has lost her parents by death, her father's death occurring in 1870 and her mother's in 1868. Her father was born in Massachusetts, and was a veteran of the 1812 war, and her mother was a native of New York State. The children of Mr. and Mrs. David Radford were three: Sarah E., (Cummings), born August 21, 1840, lives in Bedford township, this county; Electe, November 6, 1842, lives in this township; William H., December 10, 1845, lives in Chester township. William H., served 100 days in the Ohio National Guards, during the 1861 war. December 21, 1861 [should be 1871], he married Harriet L., daughter of William and Rachel (Anderson) Smith. Her father, for many years a justice of the peace in Bedford township, this county, was born in Sussex county, New Jersey, March 22, 1798, and died in Meigs county, Ohio, February 19, 1880. Her mother was born in Greenbrier county, Virginia, in 1806, and is still living in Bedford township. William H. Radford is township trustee in Chester township, where he is largely engaged in farming. Pomeroy, Meigs county, Ohio, is his post office address.

David Radford's mother Ellen Ashworth (born about 1790) may be a younger sister to Thomas Ashworth and David Ashworth.

1892 will of Theresa Radford which names her son William H. Radford, daughters Electa Will and Sarah Cummings, and granddaughter T. Maud Will
[end of Radford Family of Meigs County, Ohio]